I have mentioned the Vargo Triad and Decagon in an earlier post on Cooking with Alcohol. I have now had a chance to use both stoves for real, and the experience was, unfortunately, not so good. 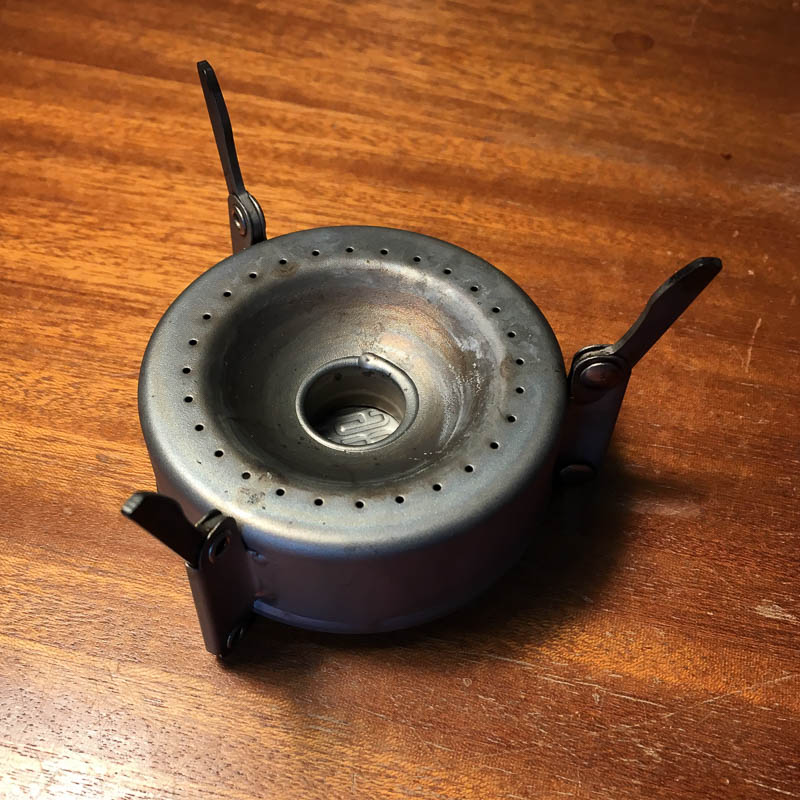 The Vargo Triad is a lovely made pressurised titanium stove with a capacity of ~40ml. I bought it specifically with a view to a two week trip to Iceland this summer. When it arrived, it was a love at first sight, it is a real thing of beauty. And as you can see from the earlier post, it performed well both on the initial tests in our kitchen, as well as during experimental snow melting on a very nice, calm, day in the Ochils -- I felt confident the Triad was going to be perfect for us.

However, before going to Iceland I happened to take it on an overnight outing in the hills. It was during the heatwave, and so, unusually for me, I decided to just bivvy rather than take a tent, and, somewhat unexpectedly, it turned out to be a fairly windy evening, hitting around 40mph during the night on the high ground.

Not a big deal. I chose relatively sheltered locations to cook in, and also used some large stones as an external windbreak, with the stove itself inside a home made metal windshield. This should have been fine (and would have been with my Speedster stove). But both in the evening and the morning a gust of wind lasting a few seconds caused the stove to flare up quite uncontrollably, with flames of about 30cm. In both instances the stove would not return to a normal burn until the fuel burned out, and the second time this happened it was so bad, I decided to have my porridge cold rather than risk setting the hill on fire.

While I suspect this behaviour might have, to some extent at least, been exacerbated by the high and tight-fitting windshield I was using, it is I think primarily caused by the low profile of the stove (more on this below).

Based on that experience I would never use this stove unless it was on a very large non-flammable surface (at least a meter in diameter), and certainly not inside a tent. We ended up taking a Trangia to Iceland instead (and it really grew on me during those two weeks, but that's for another time). 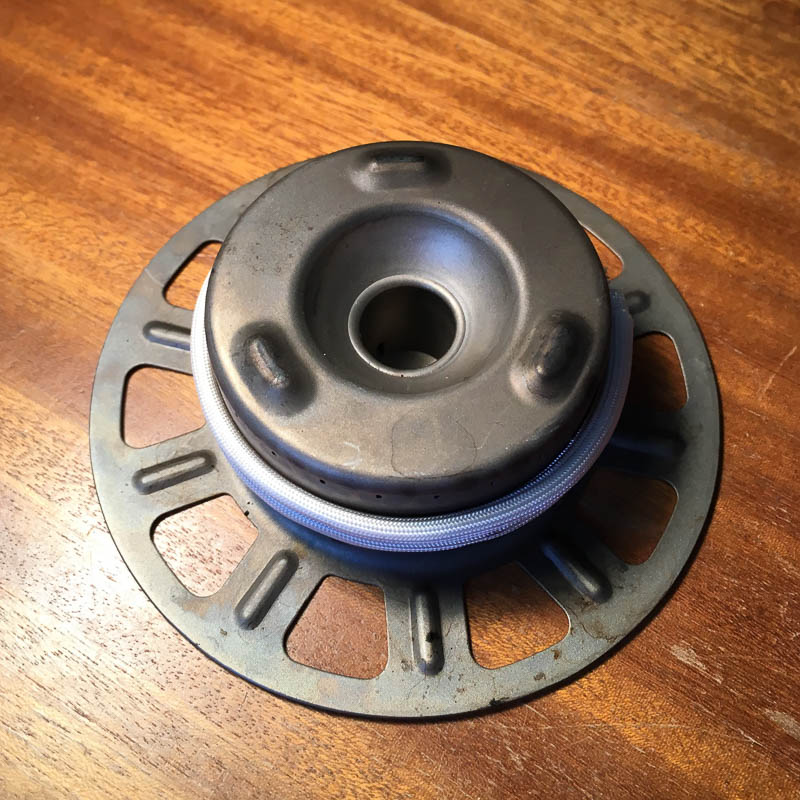 The Vargo Decagon is another beautifully made, but unfortunately very poorly designed stove. It seems that the overriding objective was to create a stove that would be indestructible, but in achieving this, Vargo created one that fails miserably at its primary function. The design suffers from three flaws, each one bad enough on its own.

The Decagon is impossible to prime. The packaging suggests that the stove will prime in 1-2 minutes, but that is just a wishful thinking. Even in the controlled environment of my kitchen, it takes on average 4-5 minutes to bloom. Vargo suggest a faster alternative priming method is to splash some alcohol around the base -- I find it hard to believe that they really suggest this, for while it indeed speeds things up, it results in a large uncontrollable flame, so is only possible if your stove is inside a large completely inflammable area.

This is a pity, because this flaw can be easily remedied by adding a priming ring; the picture above shows the stove with a priming ring made of glass fibre cable insulation, with which it can be primed in under 1 min.

Excessive Burner Cooling by the Pot

To make the Decagon indestructible, Vargo did not include any pot supports. Instead the pot sits on three small bumps on the top of the burner. The result of this is that it conducts heat directly from the burner itself, with clear impact on the gasification of the fuel; the amount of heat generated by the burner visibly grows as the pot warms up (just about the very opposite of an ideal burner behaviour, I think).

One of the consequences of this design is that the pot cannot be placed on until the burner has bloomed (as is noted in the instructions). But in fact the heat loss is so bad that if you put a pot of ice cold water on even once the stove is in full bloom, it will de-bloom in a matter of seconds, and go completely out shortly after. (So no, this is not a stove that could be used to melt snow, as I hoped.)

This flaw can, again, be worked around by using external pot supports that lift the pot slightly above the burner, but this can lead to the burner overheating and flaring up, so I would not recommend it. Which brings me to the biggest problem with the Decagon.

The thing that really appealed to me about this stove is the large capacity of just under 60ml. Unfortunately, the stove cannot be safely filled to this level. If you do, liquid fuel will spew out of the jets during priming. This then creates a very strong positive feedback loop, causing the stove to get into an uncontrollable rocket-like flair; throw a tight windshield into the mix, and it will generate enough heat to not only pulverise silicon matting but also, literally, melt aluminium (but unlike the Triad, the Decagon doesn't need a windshield to get there).

When in this state the stove cannot be blown out, you either have to cover it with a large pot to deprive it of oxygen, or let it burn out. My experiments suggest that the Decagon safe fill is only about 40ml (but this makes it impossible to prime without a priming ring!).

In spite all of this, we took the Decagon with us to Iceland as a secondary stove, and used it a couple of times with a frying pan. Assuming it is not filled up more than the 40ml and precautions are taken so it can be safely left to burn out just in case, it is OK for that, I might use it again that way now that I have it, but I expect you have guessed by now, I'd not buy it again.

I think the basic problem with both of these stoves is the jets are too close to the fluid level. It's worth noting that the Trangia instructions say not to fill their burner more than 3/4 of the depth of the bath, which means there there is at least 1cm gap between the fluid and the jets. In contrast, the instructions for the Vargo stoves say they must be filled to capacity to prime (and, indeed, will not prime otherwise) but that makes the jets very close to the fuel surface, and susceptible to spewing out liquid fuel when the alcohol boils. Whichever way you look at it, and whatever the burner design, this can never be considered a good thing.

So my quest for a winter alcohol stove goes on -- I think I am going to give the Trangia a shot in spite of its bulk. But in any case, I am definitely going to avoid any pressurised alcohol stove where there is not a sufficient gap between the jets and the fluid level.

I saw the front in a distance. A solid wall of water, just obscuring where Kings House once stood…